Bournemouth earned a slender advantage in their Championship play-off semi-final against Brentford as Arnaut Danjuma sealed a 1-0 first leg win, while Andre Ayew fired Swansea to a 1-0 victory at Barnsley on Monday.

Danjuma netted in the second half to the delight of around 2,000 Bournemouth fans allowed into Dean Court after coronavirus restrictions were reduced in England this week.

Bournemouth are bidding for an immediate return to the Premier League following last season’s relegation.

They went into the play-offs in poor form, losing their final three games to finish sixth in the second tier, 10 points behind Brentford.

Cherries boss Jonathan Woodgate claimed his side were the underdogs going into the play-offs.

But now they need only avoid defeat in Saturday’s second leg to reach the final.

Brentford are battling to avoid another play-off letdown after decades of failure in the end of season lottery.

Thomas Frank’s team had won four in a row in a 12-match unbeaten run at the end of the regular season, securing a second successive third place finish.

However, Brentford have taken part in a record nine play-off campaigns without winning promotion.

Bournemouth had the better of a cagey first half and Dominic Solanke headed against the outside of the post from a Lloyd Kelly cross.

Bournemouth’s pressure paid off 10 minutes into the second half as Dutch winger Danjuma started and finished a clinical counter-attack.

Danjuma helped dispossess Bees defender Pontus Jansson and, after the ball was worked on by Solanke, he raced on to Brooks’ through pass and slotted past Raya.

At Oakwell, Ghana forward Ayew put Swansea ahead in their first leg with a moment of magic in the 39th minute.

Ayew received Kyle Naughton’s pass on the right-hand side of the Barnsley area and cleverly worked just enough space to send a superb curling strike into the far corner.

Barnsley pushed hard for a second half equaliser, but couldn’t find a way past inspired Swansea keeper Freddie Woodman.

Swansea lost to Brentford in last season’s semi-finals, but they are in pole position to reach the final heading into the second leg in Wales on Saturday.

Steve Cooper’s side have beaten Barnsley three times this term after a pair of 2-0 wins in their regular season meetings.

Barnsley were fourth bottom before Valerien Ismael was appointed in October and led them to fifth place, their highest finish since 2000.

But despite the presence of around 4,000 allowed into Oakwell, Barnsley’s unexpected promotion push hit the rocks against obdurate an Swansea team looking to return to the top tier after a three-year absence. 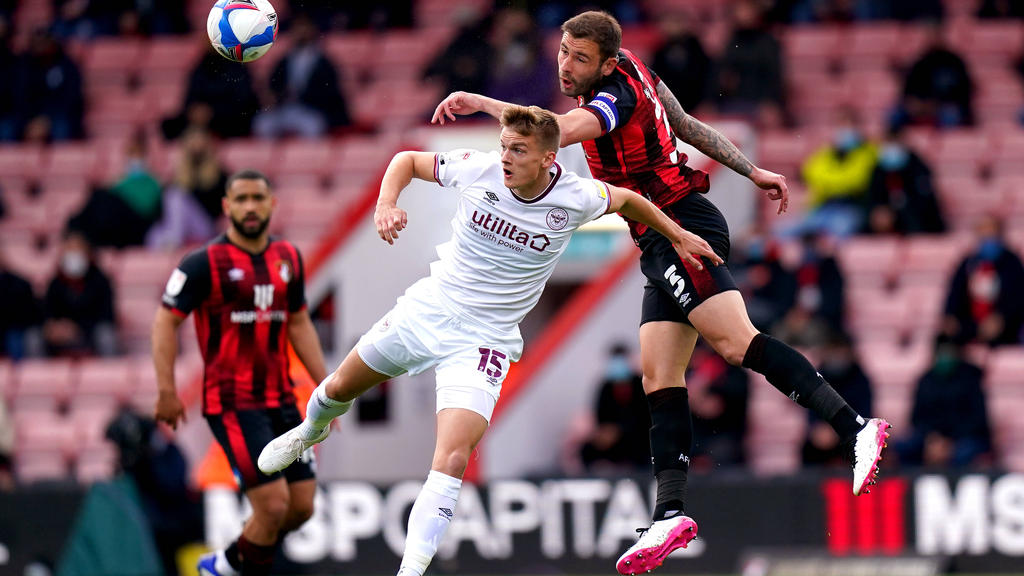